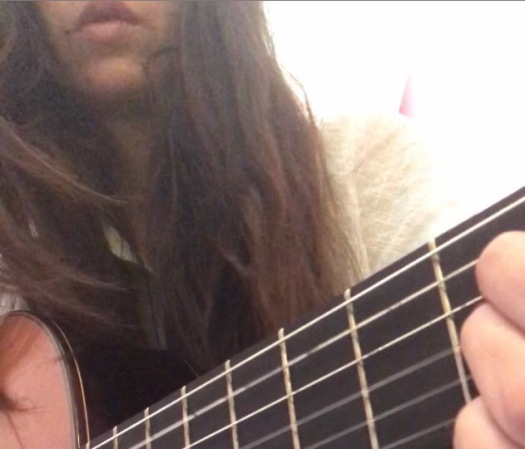 The Spanish artist  moves between rap, poetry together flamenco and rhythms from Arabic and Indian music” .

The artist began writing poetry from an early age , in 2005 announced its first poem One day I felt  in the book Eclipse of Moon , edition of the poetic center from Madrid, from there no one stops writing prose and verse addition songs.

she live in Madrid, where she began to study flamenco hand singer Talegón of Cordoba, she was learning and recording  with musicians numbers covering different musical styles ranging from flamenco, rap  and other world music.

“She was learning and recording in Madrid with musicians numbers covering different musical styles”.
Maryam soaking up the musical current at that time was brewing in neighborhoods like Lavapiés one  the most  famous multicultural neighborhood in the capital from Spain .

“I learned a lot at that time the neighborhood was an explosion of sound , was the meeting point for flamenco and musicians of all places, there was music for everyone corner ” .

” Flamenco is my cultural heritage, rap my tool to express what I feel with another language .”

The artist moves to Istanbul where she is recording between Turkey and Spain what will be her first musical work published  The moon and the Sun from Yaipur to Istanbul  (2020), while composing her second work with a more poetic sound with hard letters about social problems like racist and religious character with the name of New World Order also she to publish a poetry book  called “Flamenco Poetry 40.000 years waiting “.